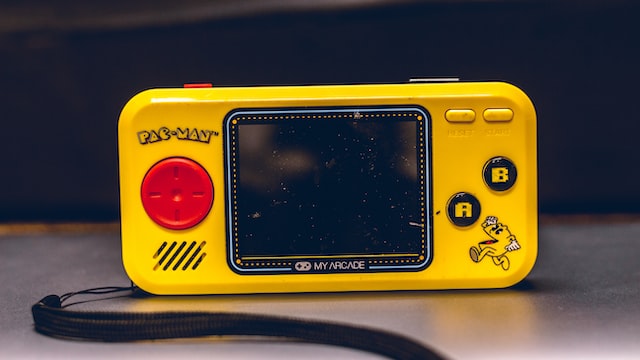 The video game Pac-Man, Puck Man in Japan, is a classic and influential title in the gaming industry, first released in the early 1980s and becoming a worldwide hit. To mark Pacman 30th anniversary, the Google Doodle featured a playable version of the game, which is the first playable game on Google Doodle. Bandai Namco Entertainment America Inc. released remastered versions for the PlayStation 4 and Xbox One, ensuring that fans may continue to enjoy the game for years to come.

Toru Iwatani was a visionary and a young video game designer who will be remembered for years because of his invention, the Pacman.

The primary reason behind Pacman is Toru Iwatani’s desire to bring some kind of change to Arcade’s world. Though he was working for Namco, he wanted to do something different. According to him, Arcade games were too bloody and based on killing aliens, and most of them were gloomy, so only boys loved to play them. There was nothing for women, so he designed Pacman game, a simple but thrilling and attention-catching game that became famous immediately after its arrival.

Iwatani succeeded in his aim; he brought to the arcade world the first video game, which is for beginners, women, and couples. They enjoyed playing it in the Pac-Man cabinet comfortably among pinballs and boys. 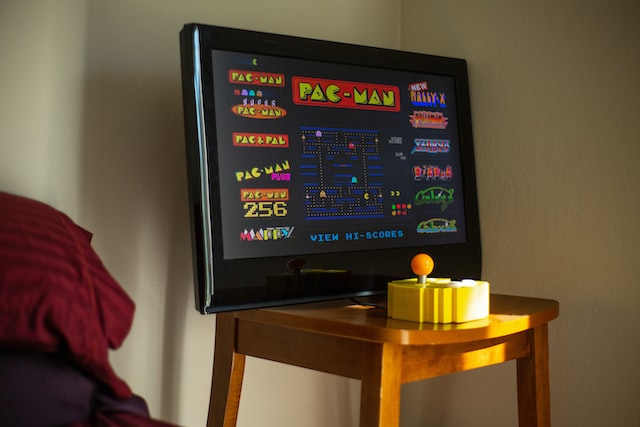 Regarding the main character of the Pacman game, namely Pacman, Toru Iwatani shared some unique design strategies behind him. The creator of Pac-Man, Toru Iwatani, has stated that the inspiration for the game’s iconic shape came from a partially eaten pizza. The missing slices reminded Iwatani of a mouth, leading him to create the character “Pakkuman,” which is a reference to the onomatopoeic Japanese term “paku-paku taberu,” meaning the sound made by opening and closing one’s mouth quickly. And this is the origin of the game’s famous “paku paku” sound effect.

In the classic arcade game Pac-Man, players control the titular character as he navigates a maze-like environment, collecting pellets and avoiding ghosts.

Yes, this game has 4 ghosts of different colors with other names. They are not only AI characters who chase the Packman, but they have three attacking strategies; Chase, Scatter, or Frightened, and each ghost always applies one of these strategies, which surely the Pacman can’t figure out.

Moreover, the ghosts also have different character traits; though they are not officially stated, Pacman gamers are somewhat sure about them. 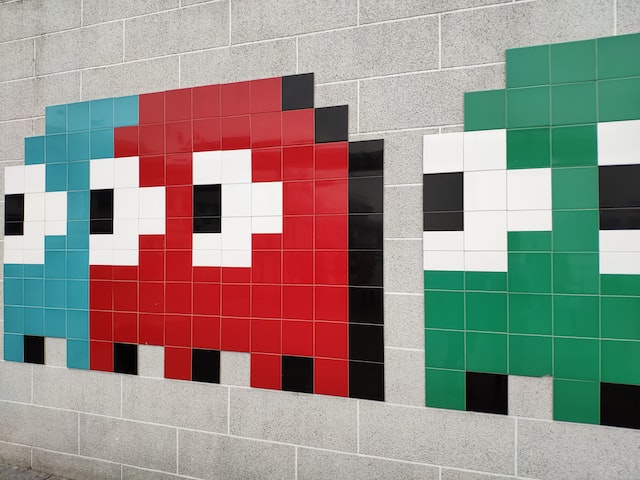 With the nickname shadow, this ghost chases the Pac-Man, but it makes his speed faster if the Packman eats a lot of dots.

Unlike other ghosts, Pinky is a shrewd one who uses the barriers. Instead of directly pursuing Pac-Man, she maneuvers around the walls closest to him to kill him by surprise.

This ghost is one of the most devious and dangerous in Packman’s game; he acts as the wildcard and applies all the ghosts’ strategies whenever he needs them. Protection from it is a little bit more tricky than others.

Nicknamed ‘pokey,’ this ghost uses a unique tactic of moving out of the box, sneaking behind Pac-Man, and suddenly changing direction during a scattering phase. The player should exercise caution as pokey is particularly dangerous when in the lower left corner of the maze.

Players are treated to brief vignettes portraying Pac-Man and Blinky in amusing, entertaining, and ludicrous scenarios between each level. Adding these cutscenes transforms the game into a treasured classic that players of all ages continue to enjoy.

Watch this video to see the humorous cutscenes.

What’s On The Eating Menu

The game aims to lead Pac-Man through a maze while dodging the four different colored ghosts after him.

If Pac-Man manages to consume every dot in the maze, you will go on to the next level. As players go through the game, the levels indicated by the fruit symbols at the bottom of the screen offer an added element of complexity and excitement.

Moreover, there is a way for Pac-Man to gain an advantage over the ghosts: by eating certain power-ups, known as “energizers,” Pac-Man can temporarily turn the ghosts blue and cause them to reverse direction.

When a ghost is in this blue state, Pac-Man can eat them for bonus points. Once a ghost is eaten, its eyes make their way back to the center box in the maze, where the ghost “regenerates” and resumes its regular activity. The point value of eating a blue ghost increases with each successive ghost eaten in this manner.

It’s worth noting that this state is temporary, and after a certain amount of time, blue-colored ghosts will flash white before turning back into their normal form and back to chasing Pac-Man. Using this mechanic strategically can give Pac-Man an edge in the game and rack up a high score.

How To Play Pacman

Though the game is simple to play and has many versions, the rules are the same, and the same is with the interface.

Who Has The Highest Score On Pacman game?

Billy Mitchell, whose real name is William James Mitchell Jr., was the first man to score 3,333,360 points in the game; he claimed it was the highest score.

In 2010, Pacman celebrated its 30th anniversary. The Google Doodle added the Pacman 30th Anniversary game to celebrate and make a tribute to the classic arcade game.

How To Play Pacman 30th Anniversary

There is nothing new while playing the Pacman 30th Anniversary. The main thing is finding the game; follow the steps below.

Tips To Get More Coins

Though the game seems easy to play, some valuable tips that I’m going to mention here will prove helpful for beginners, so let’s check the list.

Pacman is a classic arcade maze game enjoyed by millions of people. The addition of the ‘Pacman 30th anniversary game’ to Google Doodle on the 30th anniversary was a tribute, and people loved this gesture a lot.