Is Coconut A Nut, A Fruit, Or A Seed? Let’s Discuss

By TheAmericanBulletinJanuary 13, 2023No Comments8 Mins Read 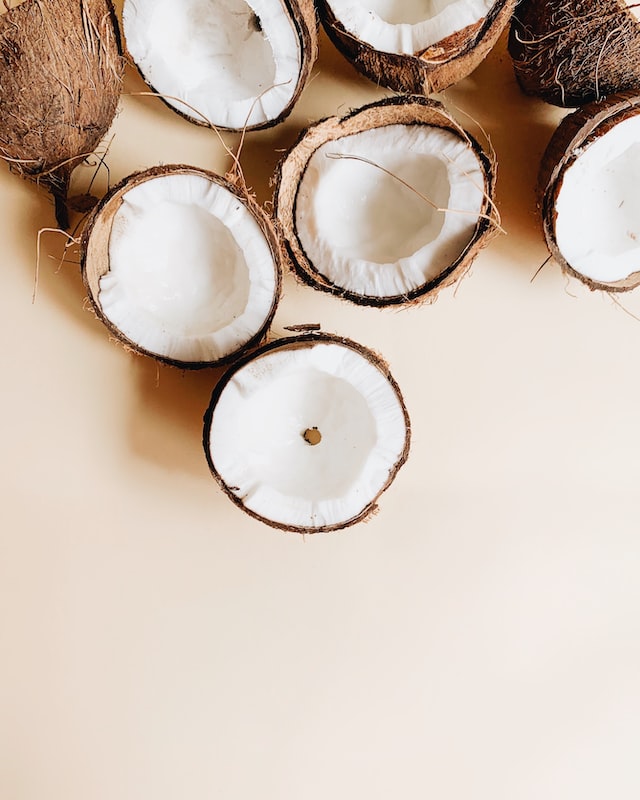 The mighty coconut is another topic that bases a lot of uncertainty. It’s hard to categorize that is coconut a nut, fruit, or seed. since it tastes sweet and may eat like fruit but has a tough shell that must crack open like a nut. It also contains the term “nut.”

Is Coconut A Nut; What Is Actually A Coconut?

If we want to go botanical, the coconut is actually a dry, fibrous drupe with one seed. A fruit with a tough, rocky outer coating near the seed calls a drupe. The word “drupe,” which means an overripe olive, is the source of the phrase. Discussing is coconut a nut or a fruit The exocarp (outer layer), the mesocarp (fleshy middle layer), and the endocarp are the three layers that all drupes have (hard, a wood-like layer that surrounds the seed).

All wrapped foods sold in the United States that hold tree nuts as an ingredient needs to list them on the label by the federal Food Allergen Labeling and Consumer Protection Act (FALCPA). As a result, coconuts must package with a warning that they contain nuts.

Some individuals with tree nut allergies (such as those to almonds, cashews, and walnuts) also have coconut allergies. The coconut is known by the scientific name Cocos nucifera. Three spots on a feathery nut inspired the first Spanish explorers of a monkey’s head and face, thus they gave it the name “coco,” which translates as “monkey’s face.” Nucifera is Latin for “one carrying a nut.”

Coconut: A Fruit or Not? 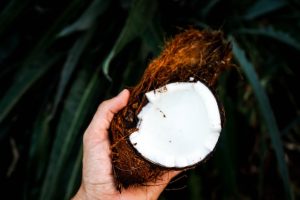 Is coconut a fruit?  Grown coconut drops when it does. You would have a sizable, round, solid ball with a hard exterior if you were to pick it up. The husk, a thin coating of fibrous substance inside the skin, prevents the seed inside from shattering if it falls to hard ground.

Peeling back the husk reveals a firm, spherical, brown shell like those found at the carnival coconut shy. It’s tempting to mistake the coconut for a nut due to the coconut’s hard shell and name.

It is, however, a specific kind of fruit known as a drupe, whose seed enclosed in a hard stone or shell that is, in turn, enclosed in a fleshy (or, in the case of the coconut, fibrous) outer layer. 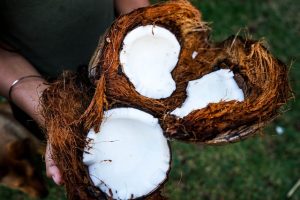 Is coconut a seed? a drupe, like an olive or a peach, is a fruit with a tough shell over the seed. The only larger seed in the plant kingdom than the coconut is the extremely rare “coco-de-mer” or double coconut. Additionally, because it weighs between 1 and 4 kilograms when grown, you will be aware if it falls on your head. (A normal 2 kg coconut falling from a 25 m tree can hit with a force equivalent to a metric ton and travel at 80 kph.)

The base of the shell contains three rounded marks that are frequently called the coconut’s “eyes” (see the How The Coconut Got Its Name segment for the results of this).

The seed embryo hides by the softer of the three eyes, and when it germinates, the sprout appears from this location. The albumen, or kernel, which later supplies nourishment to the seedling as it grows, is a layer of hard white flesh found inside the shell. There will also be some liquid, albeit only delicate coconuts plucked straight from the palm can utilize to produce the purest, most reviving coconut water like Coco Fina.

What Is Regarded As A Nut?

The nut is a variety of plants (often trees’) fruit that is morphologically foreign and a member of the dry fruit family. People also ask for is coconut a berry. Typically, there is one seed underneath the hard outer shell. Nuts are fruits that are not botanically “true” fruits. Including legumes like peanuts and coconuts, both of which have their shells removed.

According to one idea, nuts are essentially fruits. They characterize as dry, single-seeded fruits with a lot of oil. They typically have a firm or leathery covering on the outside. In terms of botany, nuts are strictly a type of dry fruit with a single seed, a tough shell, and a covering husk.

Why Is It So Difficult to Classify Coconuts?

Is coconut a nut? the coconut is a challenging nut to crack, and even though it distinctly resembles other members of the nut family, it isn’t actually one! Coconuts and nuts have several distinctive similarities, such as the need to crack open their tough outer shells before eating. The way we eat most fruits is actually fairly similar to the way we consume coconuts, on the other hand. This problem has long been the subject of heated debate. The overall perspective is one of the most divisive aspects of the discussion.

How Many People Are Coconut Allergic?

A 2017 study found that cases of immunoglobulin E (IgE)-mediated coconut allergy are uncommon. Although coconut allergy is uncommon, reactions can nevertheless be severe; few reported cases have involved anaphylaxis.

It’s crucial to remember that since the FDA does designate coconut as a tree nut allergen, it must declare it as such on all packaged food goods that are subject to FDA regulation.

How can I identify if I have a coconut allergy?

To learn more, consult a Board-Certified Specialist. Symptoms of a food allergy include:

 Cramping and discomfort in the abdomen

If you have any worries about a possible coconut allergy, it’s crucial to speak with your doctor or allergist. They’ll be able to provide you with advice on what to do next.

It’s important to note that while the FDA classifies coconut as a tree nut for labeling purposes, restaurants may not follow suit. When eating out, it’s a good idea to specifically request that there be no coconut used in the dish and to follow the same safety precautions you would with any other food allergy.

Coconut Facts That You May Not Know

Audience also asks for is coconut a vegetable. We’ll leave you with some interesting coconut-related facts that you might not be aware of these details were undoubtedly novel to us!

 Because coconuts may use in all parts, they frequently refer to as the “Tree of Life.” Drinks, food, fuel, utensils, musical instruments, and more may make from coconut trees!

 An Egyptian explorer named Cosmas thinks to have first mentioned coconuts in the fifth century AD. His mention of the “nut of India” according to scholars was the coconut.

 The maturation period of coconut is 11–12 months.

 Coconut is a perennial plant that produces between 30 and 75 coconuts annually, continually bearing fruit 12–13 times every year for up to 60–70 years.

 During the Second World War and the Vietnam War, medics utilized coconut water as an alternative to intravenous (IV) solution since it was in low supply.

 The Philippines, Indonesia, India, Papua New Guinea, and the Pacific Islands are the main nations that produce coconuts. Learn more about https://www.theamericanbulletin.com/does-sierra-mist-have-caffeine/

We have briefly discussed whether is coconut a nut or not. It’s tempting to mistake the coconut for a nut due to the coconut’s hard shell and name. However, it is technically a drupe, a unique kind of fruit. Its seed encloses in a hard shell that is itself enclosed in a fleshy (or, in the case of the coconut, fibrous) outer covering.

However, some contend that coconut is actually a seed and neither a fruit nor a nut. In all honesty, it is still unclear if coconuts consider fruits, but one thing is certain. Coconuts are not nuts. The coconut frequently categorizes as a fruit, while there is a lot of room for interpretation from a botanical standpoint.

When compared to nuts, why is coconut a fruit?

A coconut is a fibrous one-seeded drupe, or a fruit with a tough rocky covering containing the seed, according to botany. The reproductive component of a flowering plant is a seed. A seed has two main components from a reproductive standpoint: the embryo root (hypocotyl) and the embryo leaves (epicotyl).

Can a person who is allergic to nuts eat coconut?

Are People with Nut Allergies Safe to Eat Coconut? While it is possible to experience a coconut allergic reaction to coconut, most people who are allergic to tree nuts can eat coconut without any ill effects, according to the American College of Allergy, Asthma, and Immunology (ACAAI).

Is coconut restricted as a tree nut by the FDA?

Coconut recognizes as a tree nut by the U.S. Food and Drug Administration (FDA), making it an allergen that needs to disclose. Some individuals might find this confusing because coconuts don’t usually regard as nuts and because there aren’t many people who are allergic to both real tree nuts and coconuts.