A Brief History of Valves

By TheAmericanBulletinJanuary 19, 2023No Comments4 Mins Read 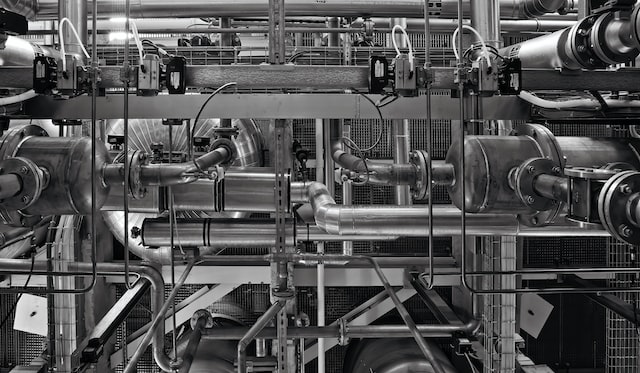 Valves rank among the oldest tools in humanity’s toolbox. Of course, like everything else, valves have come a long way over time. Modern valve companies, like Crane Valves, produce much better valves than you were likely to find in Rome or other ancient civilizations. That said, as they say, we stand on the shoulders of giants, and the evolution of valves is an interesting topic indeed.

Valves emerged in ancient cities because people needed to control the flow of water. Before pipe systems were developed by ancient Rome, water was typically controlled by basic dams, built out of say sticks and wood. As Rome flourished, cities became larger, and more people meant there was a need for more water.

The Romans addressed water needs by developing aqueducts, an early piping system that brought water from mountains to Rome and other large cities. Aqueduct systems resemble canals, directing the flow of water, and crucially, allowing engineers to slow and increase the flow of water. If the flow of water is not controlled, it could lead to disasters, such as busted piping systems, floods, and water shortages.

These early Roman valves were primitive by modern standards, using long levers and simple plugs. Yet in the context of human history, their development was a crucial milestone. Some wealthy Romans even built private water systems for their homes, although most folks still relied on public taps. Butterfly valves were also invented by ancient Rome and remain in use today.

Visit Italy and other Roman sites and you can still find aqueducts. However, these systems are no longer used to supply water and are more historical curiosities. Technology has progressed a long way since the aqueducts. Much of Medieval Europe struggled to replicate Roman technology but during the Renaissance, valves, among other technologies, flourished as engineers brought increasingly effective systems to the market. Leonardo Da Vinci, among others, made many contributions to valve technology.

In the 18th and 19th centuries, humanity built further on the gains secured during the Renaissance. Crucially, steam technologies were developed, with valves playing a crucial role in controlling pressure and the flow of steam. Steam engines would give way to combustion engines, which also use valves. Meanwhile, London, New York, and other cities were exploding in size and density, making public water and sewage systems a must-have for controlling diseases and improving quality of life.

A hundred years ago, only the most developed cities and wealthy individuals had access to public sewage and water systems. These days, most major cities provide such public utilities, and many people enjoy indoor plumbing. As the world industrialized and technology advanced, valves played a crucial part. Valves also become more complex and are now offered in a vast variety of designs. Engineers and others can now select the right valve for the job from among a plethora of options.

Older plumbing systems often used lead. These days, pipes and valves are typically made out of cast iron or carbon steel, which is much safer for human health. Mention valves and many people will think first of plumbing. However, valves are also found in construction equipment, robots, and even spaceships. Quite simply, valves make the world go round and without them, society would look very different.

What does the future hold? Humanity continues to uncover more advanced materials, such as nanotubes and carbon fibers. Cities continue to grow and increase in density. Revolutions in manufacturing, such as 3-D printing, may ultimately upend the status quo, and robots are increasingly integrated with modern life. Valves will play a crucial role in many technologies and developments. That said, not all valves are created equal, but by purchasing valves from a reputable Crane Valves distributor, it’s possible to get valves built for the future.

The Importance of Beautiful Landscaping

Why is Landscaping Important for Your Home?

All You Should Know Before Hiring The Perfect Commercial Gym Flooring